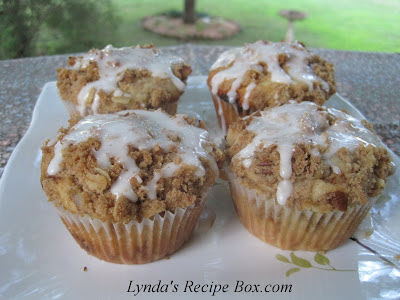 If you love the taste and fragrance of cinnamon, you will adore these  fantastic Cinnamon Muffins. The house smells amazing as these tender , fragrant muffins bake. Really, these are some of the best muffins I have ever had, and my husband who is not as excited about muffins as I am, has devoured them, singing their praises with each bite! I've made them a couple of times so far, and gave some of this batch away as soon as they were out of the oven. I find them addictive and hard to resist, so better some of them are at my son's house. 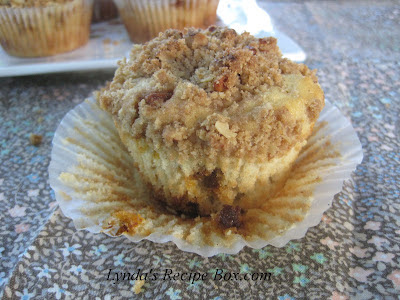 The downside to these  Cinnamon Muffins is that I use 4 bowls to mix these up. One bowl for the topping, one for the filling, and two for the batter. But they are worth it once you take a bite. There is a pocket of moist, rich cinnamon filling, plus cinnamon chips are mixed in the batter for even more flavor. I added more cinnamon to the nutty streusel topping too. The recipe states that you can add a confectioners sugar glaze to the top of the muffins, and truly it does dress them up, but it's is not needed at all. I did half with a glaze and the others without. Both ways are delicious. I hope all you cinnamon lovers out there will give these Sinful Cinnamon Muffins a try. They won't disappoint. 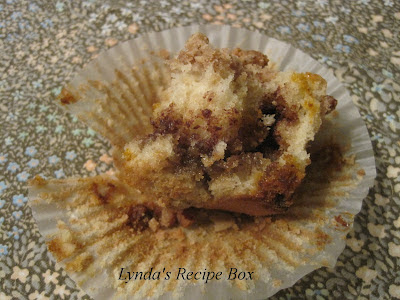 Simply Sinful Cinnamon Muffins
Slightly adapted from King Arthur Flour
Note: This recipe is supposed to make 12 muffins, but I made 15 this time. When I first made these, the batter spread out over the pan and I lost some of my filling. So making 15 instead works for me.

Filling:
3 tablespoons soft butter
1/2 cup packed brown sugar
1 1/2 tablespoons ground cinnamon- I used Saigon Cinnamon
Add all ingredients to a bowl and mix well. Add 1 teaspoon of water if needed to get it creamed together. It will be thick, like brownie batter.

Preheat oven to 4oo degrees F. Line 12-cup muffin pan with cupcake papers, or grease it. (I used 15 muffin cups.)
1. In a large bowl, whisk the melted butter, milk and eggs together. In a separate bowl combine the dry ingredients, including the cinnamon chips. Add the dry mixture to the liquid, and stir until just combined.
2. Divide half the batter among the muffins cups. Dollop about 2 teaspoons of cinnamon filling onto each muffin. (IF you make 15 muffins, you'll use about 1 1/2 teaspoons cinnamon filling). Top with the remaining batter. Sprinkle with crumbly topping. Press it in lightly.
3. Bake the muffins for 20-25 minutes, until they are golden brown. Remove from the oven, but wait 5 minutes before transferring them from the pan to a rack to cool.  Enjoy!